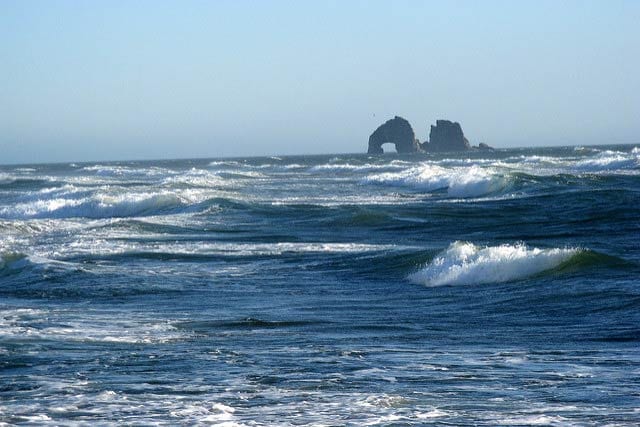 A simulated tsunami reaches Japan ten hours after its start along the Pacific coast of North America.

On the evening on January 26, 1700 a mysterious tsunami struck the villages and fields on the coast of Japan. After being “orphaned” for over 300 years, scientists have been able to determine that the source was a 8.7 – 9.2 magnitude earthquake off the Oregon and Washington coast.

The evidence uncovered tells of a catastrophe, a century before Lewis and Clark, that now helps guide preparations for future earthquakes and tsunamis in the United States and Canada.