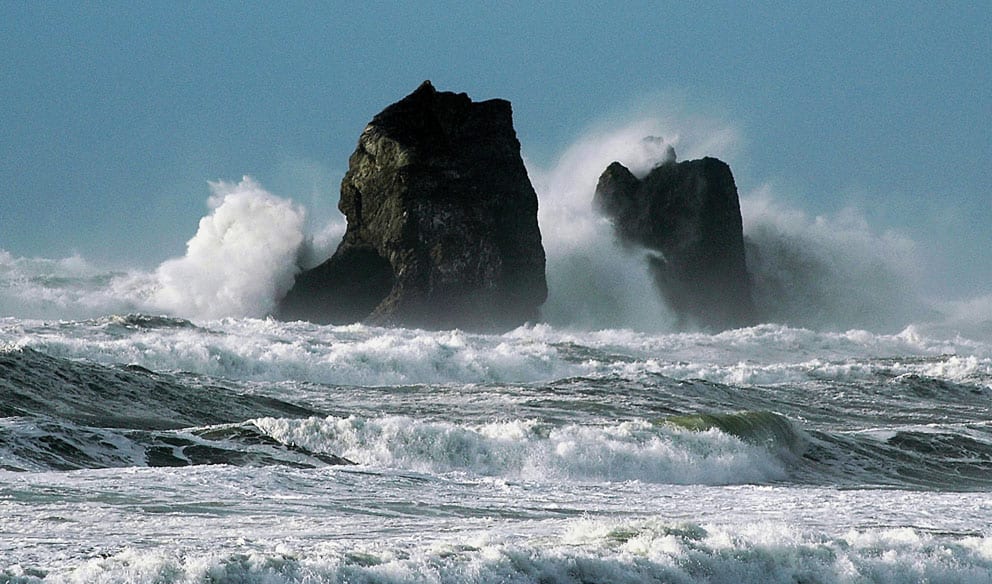 Wide enough to fly a helicopter through

Originally called “Profile Rocks” this majestic structure was renamed in 1925 due to another Profile Rocks in the region. Millions of years of erosion (45 million to be a bit more exact) have worn away the once fully-connected structure to the classic shape we all know and love.

It is believed the rocks were created by a super lava flow more than 300 miles away – the very same one that fuels Yellowstone National Park. Of course, at the time of its creation, Twin Rocks was just a tiny piece of something much bigger, but millions of years of geological movement and pounding waves have chiseled away at the lava mass, much like a Renaissance artist working with a slab of marble.

Land Bridge Between the Rocks and the Actual Beach

But it turns out that Twin Rocks is more than just a Rockaway Beach landmark and one of the Oregon Coast’s most recognizable rock formations. These gigantic rocks are actually bending the sand around them and altering the landscape of our beach. In a way, Twin Rocks is pulling at the sand; in reality, when the waves hit the Rocks they are forced to redirect around them and lose some energy before reaching the shoreline. To compensate for the loss of energy, the waves dump a decent amount of sand in front of the Rocks. If the tide were low enough, you might even see a land bridge between the Rocks and the actual beach. Proof that Twin Rocks and Rockaway Beach have had a long and connected history – literally.

Minnehaha Street Access Has the Best View of Twin Rocks

The best view is from Minnehaha Street. Head down toward the beach and enjoy the closest view of the Rocks you can get from dry land. You’re less than a half mile away! Some say if you look closely you can see the Loch Ness Monster, Native American, princess, or a sea dragon. The pinnacle is 88 feet high, and the hole is 35 feet across – wide enough to fly a helicopter through (although we don’t recommend it). 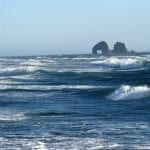 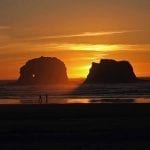 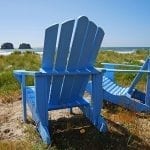 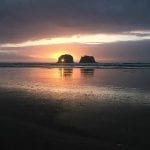 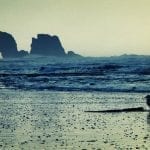 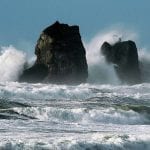 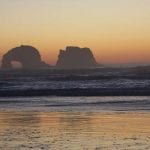 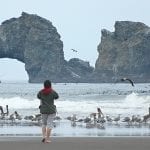